What Is Grabbing the Attention of YA Literary Agent Larissa Helena? 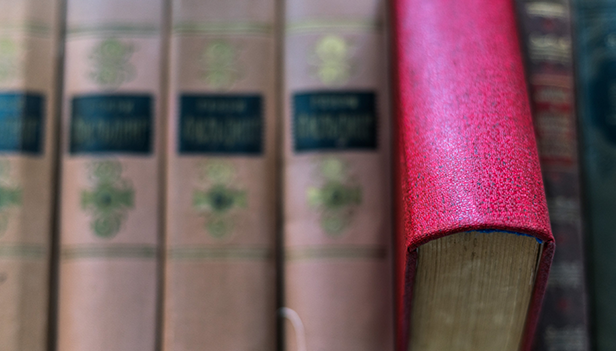 Literary agency Pippin Properties, launched in 1998 by Holly McGhee, focuses exclusively on books for young readers and represents many award-winning authors, including Kate DiCamillo, David Small, and Jandy Nelson. Larissa Helena, associate literary agent and manager of subsidiary rights at Pippin, talked about welcome changes within YA lit and standout topics—empowered girls, stereotypes upended, and tech run amok. “I love seeing all the books by diverse authors on the bestseller lists and bookshop windows,” said Helena. “And I feel grateful for all the work so many people in publishing have done to fight for underrepresented voices.”

What in the world of YA lit is grabbing your attention these days?

I’ve been so drawn to YA books that dare to tackle long-standing ideas about gender (dynamics, inequality, and identity).

When I read Elana K. Arnold’s What Girls Are Made Of, I wouldn’t shut up about it for months—it’s such a brilliant, brave book, and I wish every boy and girl and man and woman in the world would read it! Brendan Kiely’s Tradition is another powerful example, with its message (embedded in the storytelling itself) that just because we’ve always heard a story go the same way, it doesn’t mean we can’t take matters into our own hands and change its ending.

In my home country of Brazil, I started a fantasy and sci-fi imprint, so those genres are really close to my heart, and Amy Rose Capetta’s books are some of the best I’ve read recently. The Brilliant Death and Once & Future (co-written with Cori McCarthy) are fun, gorgeously written, and unbelievably smart in how they rework the canon into something fresh and relevant to this day and age.

What have you worked on recently that you’ve loved?

I am currently working on a historical YA about a daughter of immigrants struggling to understand why her family would have traded their beloved countries for a life of hardship in Detroit. The book takes place about 100 years ago, but I love how relevant it is for young adults today, with its themes about immigrating out of necessity, adapting into a different culture, being a girl in a man’s world, and grappling with the seemingly out of control forces of progress and technology.

What book/genre/topic would you like to see cross your transom?

I continue to look for books originally written in languages other than English, about international cultures, and stories different from the “traditional” US high school experience. And I am particularly drawn to stories in which the other-ness of the main characters is not in the center of the narrative.

How is YA lit changing?

Not long ago, we all spent a lot of time trying to decide what the trend of the moment was—and for a while, many thought diversity was a new “trend.” But what’s exciting about books by underrepresented voices is that there are so many different, unusual, exciting ways to tell a story that have not been attempted before! This is the opposite of a trend—it makes room on shelves for books that are bold and fresh.

What would you like to change about the industry?

Every year, only an appalling one-digit percentage of all books published in the United States were originally written in a language other than English. Larger publishers are still hesitant to dip their toes into translation, unless it’s a book that has already proven to be a success abroad. This market has been braved by a handful of independent publishers, but with very few YA books finding their way into the US. This year, though, Amazon started expanding their translated fiction program into the young readers’ realm, and HarperCollins just announced an imprint dedicated to translation. It feels like the conversation is slowly changing, and I hope I can help accelerate that process!

When Larissa Helena finally announced her decision to major in literature, her family and friends were too polite to reply “duh.” But everyone already knew, even then, she had no choice but to keep exploring the magic of words. A few diplomas, translations, and years working as an editor later, she packed her suitcases and ended up in a city so nice they named it twice. Larissa found her new literary home at Pippin, where she is now associate literary agent and manager of subsidiary rights, and she feels lucky to be surrounded by words and people who understand and share her passion.